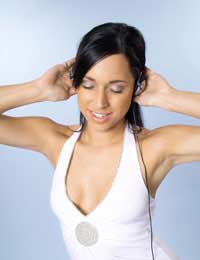 Pop is short for popular, and it's remained the defining term for the ever-changing music favoured by the public. Although not specifically applied until the middle of the 20th century, pop music as such can be traced by a few decades before that.

You could say that the songs of music hall were the first real pop songs, written by professionals and widely performed for audiences. That dates back to the Victorian era, when a performer needed a catchy, identifiable song.

Things changed with the advent of recording, early in the 20th century. With that, music had the chance to be much more widely disseminated. Records, played at 78 rpm on wind-up gramophones, were relatively cheap.

In America, that led to a breed of professional songwriters in New York who wrote pieces intended to be recorded and sell well - Tin Pan Alley. They were largely hacks, but did produce some beautiful material. London had its own equivalent as the music business became centred on Denmark Street in the West End.

The first major pop stars as such were the crooners of the 1930s and '40s. Bing Crosby sold millions of records, as did Frank Sinatra (arguably the first modern pop star, with screaming teenage female fans - the bobbysoxers), and in Britain, Al Bowly.

They recorded and performed with full orchestras in the main style of the day. But there were other vocals groups, such as the Mills Brothers and the Inkspots, whose harmonies set the standards for those aspiring to fame.

With the style known as swing, big bands also came into their own, with tunes like Glen Miller's "In The Mood" becoming standards.

Curiously, pop music charts as such didn't exist until 1952, when the first Top Twenty was recorded. It came at an interesting time, as "teenagers" really came into being. Historically there'd been no transitional period between childhood and adulthood. Now, after World War II, that seemed to begin, imported from America, and in skiffle, an interpretation of American folk music (personified by Lonnie Donegan), teens found their music.

Rock'n'roll brought much more of that, and Elvis Presley became a global star, the biggest of the late 1950s and early 1960s. But he would find himself supplanted by the Beatles, who revolutionised pop by writing their own material, instigating a fashion that remains undiminished.

The Beatles set the standard for pop music, and it remains undiminished - Beatlesque has become a standard descriptive adjective. From 1962 until their break up in 1970 they dominated the charts in Britain and America.

The Beatles influenced a generation - more than one, really - with their melodies and harmonies, and that was apparent in the 1970s, when pop careened through several styles, from the Glam Rock of T. Rex to the raw fire of punk. But the biggest pop star to emerge from the period was a singer and pianist, Elton John, whose popularity has remained constant.

The idea of artists writing their own material remained in the wake of the Fab Four, although professional songwriters stayed in demand for those unable to pen a tune. From the early days of rock there had been "manufactured" stars - people taken on board for a pretty face rather than any innate talent, and made into stars by producers. It had happened to Adam Faith, Alvin Stardust and many others, most of whom only enjoyed short careers.

The 1980s proved a moribund decade for pop. Styles came and went, but it was an era short on memorable music. Only Wham! (and later George Michael) emerged as true pop stars.

The 1990s was the time of boy bands, perhaps the ultimate in manufactured acts. A group of young male singers was assembled for their looks, given catchy songs and arrangements and pushed to fame. It happened to East 17 and, most memorably, Take That. America saw how it worked and gave the world the Backstreet Boys and 'N Sync, and for a few years it worked very well, selling millions of records. But like any fashion, it passed. A female version, the Spice Girls, was briefly huge. Notably, the only ones to come out of this and sustain a solo career was Robbie Williams from Take That and Justin Timberlake from 'N Sync.

Since the year 2000 there's been a dearth of major new stars, relying mostly on established talent. Several younger artists have come and gone, and new styles have briefly emerged, but nothing appears to have gained a major foothold besides modern R&B, which owes little to its soulful predecessor, but a lot to hip-hop - which itself has become a pop style.
Next Page

The History of Folk Music
Share Your Story, Join the Discussion or Seek Advice..
Thanks for sharing this historical tutorials regarding the pop Music. After reading this tutorials. there are may question are coming in mind. Some one told me Pop Music decrease the depression. My question is how ? Does have any limitation ?
james - 5-Oct-13 @ 1:07 PM
Title:
(never shown)
Firstname:
(never shown)
Surname:
(never shown)
Email:
(never shown)
Nickname:
(shown)
Comment:
Validate: