The History of Reggae 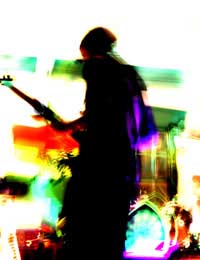 Reggae is the Jamaican music that evolved from ska and rock steady, developing into a huge musical force. Over the years it's developed and changed, growing into dancehall. But it's spread its tentacles worldwide, and roots reggae - the raw, early sound - remains globally popular.

The Development of Reggae

Jamaican music flowed in the dances, the evening gatherings in clubs or outside where recorded music, usually American R&B, was played. When rock emerged as the dominant music in the U.S., the supply of R&B slowly dried up, and by the late 1950s Jamaicans were making their own music.

In 1960, musicians turned the beat around, placing the emphasis on the second and fourth beats of each bar, rather than the usual first and third. The new style became known as ska, and proved incredibly popular with Jamaicans, making stars of Toots and the Maytals and Delroy Wilson, among many others, as well as the Skatalites, the house band at Studio One, the main hit making label of the era.

In the hot, violent summer of 1966, rock steady emerged, a slower style to calm things down, with Treasure Isle as the leading label.

Most people agree that the first reggae record was "Do The Reggay," by Toots and the Maytals in 1968. Reggae mixed the beat of ska with the more mobile bass lines of rock steady, a little faster than the latter, but not as sprightly as ska.

Every artist had to adapt to the incredibly popular new style. Many of the old favourites remained strong crowd pleasers, and new stars emerged. Lee Perry became famous not only as a producer but also as an artist with hits like "People Funny Boy," although Studio One and Treasure Isle remained dominant labels.

The pop side of reggae proved popular in England, not only with West Indian immigrants, but also British teen, with songs like Bob & Marcia's "Young, Gifted And Black" becoming huge hits.

Yet it was a rock label, Island, that made reggae a global phenomenon with the Wailers, the trio of Bob Marley, Peter Tosh and Bunny Wailer. They'd been Jamaican stars since the mid '60s, first with ska, then reggae. They'd developed their sound and song writing with Lee Perry, but the series of albums they made for Island, including songs like "I Shot The Sheriff," made them into superstars. Tosh and Wailer quit the group, and Marley ended up as reggae's superstar until his young death from cancer in 1981.

He was far from the only big name, of course. John Holt, Gregory Isaacs, the Congos and many others also made their mark, although mostly just in Jamaica.

With the loss of its biggest name, reggae seemed to strike a slow period, when the music had no direction. That changed in the mid 1980s with the advent of dancehall. This was faster than reggae, the rebellious music of youth that also drew influences from American hip-hop.

Over the course of the next few years it took on its own colours and made its own stars, people like Buju Banton and Shaggy. One charge levelled at dancehall over the years has been its "slackness," or sexual content, and there has been plenty, as well as a lot of homophobia.

But dancehall has taken Jamaican music to a new level and found audiences around the world, with a big following in the U.S., where it competes with hip-hop, and artists like Sizzla are huge.

The old-style roots reggae has also become global, with reggae bands springing up all over, many of whom had achieved great critical success, like the African reggae of Lucky Dube or Alpha Blondy.

There have also been numerous ska revivals over the years, notably the Two Tone movement in England in the late 1970s, and the "third wave" of American ska bands in the 1990s, which included future stars No Doubt.

The History of Blues
Share Your Story, Join the Discussion or Seek Advice..
[Add a Comment]
sorry that was my son messing around but I love reggae and have studied the effect of music on the brain and it is quite amazing if I do say so.
prof.will - 28-Mar-18 @ 7:09 PM
In many ways, reggae has been eclipsed by the dancehall style, which began in the 80s and is now global. By comparison, roots reggae is very old school and limited, even if it’s what people first think of when reggae is mentioned. Yes, it’s true that it’s the musical form Jamaica is known for, but it’s very dated these days.
The Indies - 19-Sep-12 @ 1:41 PM
weel i would say this is a good information and can help many persons who doesnt know and might learn about it.
pretty princess - 14-May-12 @ 11:42 PM
It really helped me understand the development of reggae music so i coulld explain it to my class properly, as other sites didnt really help me much. :)
lisa10 - 13-Apr-12 @ 7:43 PM
Title:
(never shown)
Firstname:
(never shown)
Surname:
(never shown)
Email:
(never shown)
Nickname:
(shown)
Comment:
Validate: