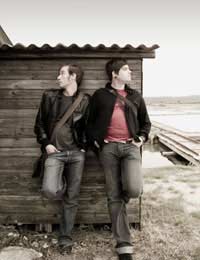 Since the days of skiffle, when for the first time music seemed accessible to everyone, people have been forming bands. Back then it was acoustic guitar and basses made from tea chests and brooms. Today the gear is more sophisticated, but the intent is the same: to have fun playing music, and maybe even make it to the big time.

The Components of the Band

It's completely up to you how you put your band together. With the Beatles the line up of two guitars, bass and drums became the standard, but over the years that's changed - after all, the White Stripes have done well with just guitar and drums. For some years the "power trio" of keyboards, bass and drums was also popular.

The type of band also depends on the style of music you want to play. In jazz, for example, you need the underpinning of bass and drums to hold things together as the lead instruments improvise. For a group working more on the electronic edge, samplers are often part of the arsenal, along with keyboards that offer a wider range of instrumental colours.

The level of ability isn't an important factor. The aim, ultimately, is to have fun making some music.

It's almost tradition that bands are initially put together by friends. They might be people together at school or college, or simply people who know each other. However, all the members of the group should be people who get along together. The rehearsal process can become quite fraught, and if tempers flare easily, the band can quickly disintegrate.

Alternatively, you can advertise for members. That can be achieved locally in a music shop where musicians, both professional and aspiring, tend to congregate, or you could place an ad in one of the music papers. Either way, you'll need to audition potential members.

There are several schools of though about auditions. One is that the person auditioning can jam, or improvise, with the band on a piece familiar to all. That has the advantage of testing the versatility of the new person, especially important if they're a lead instrumentalist, and it's a technique that works well with jazz groups.

The other main idea is to see how the new person fits in with the band's original material. For a group with complex arrangements that can be especially important, and it also works well if you're auditioning bass and drums. Give the applicants time to become familiar with the song(s) by sending them a CD beforehand, and listen to how they fit in. Not only should they be able to play the parts, but hopefully they can bring something new of their own to the piece.

What you seek, as much as anything, is the right chemistry between the members. That's an intangible factor, but vitally important. It means all the members are on the same wavelength, with the same commitment to the group, whether you're simply playing for pleasure or with the determination to reach the top.

Keeping the Band Together

This can be the trickiest part. Members leave for a number of reasons - family, school, work, all the many ways real life can intrude upon music!

Be honest with each other about what you want from the band. If one person wants a professional career and the others are happy simply getting together to play for fun, there will be immediate tensions, for example.

Offer give and take between members. You'll develop a rehearsal schedule, but be elastic and realistic with it. If one member or another can't occasionally attend, be forgiving.

Bands have a lifespan. That means, in most cases, they have a time when they end, too. That can be hard to accept, especially if you've been together for a while and the group consists of old friends. However, letting it go and holding on to the memories can be as important as putting it together in the first place.